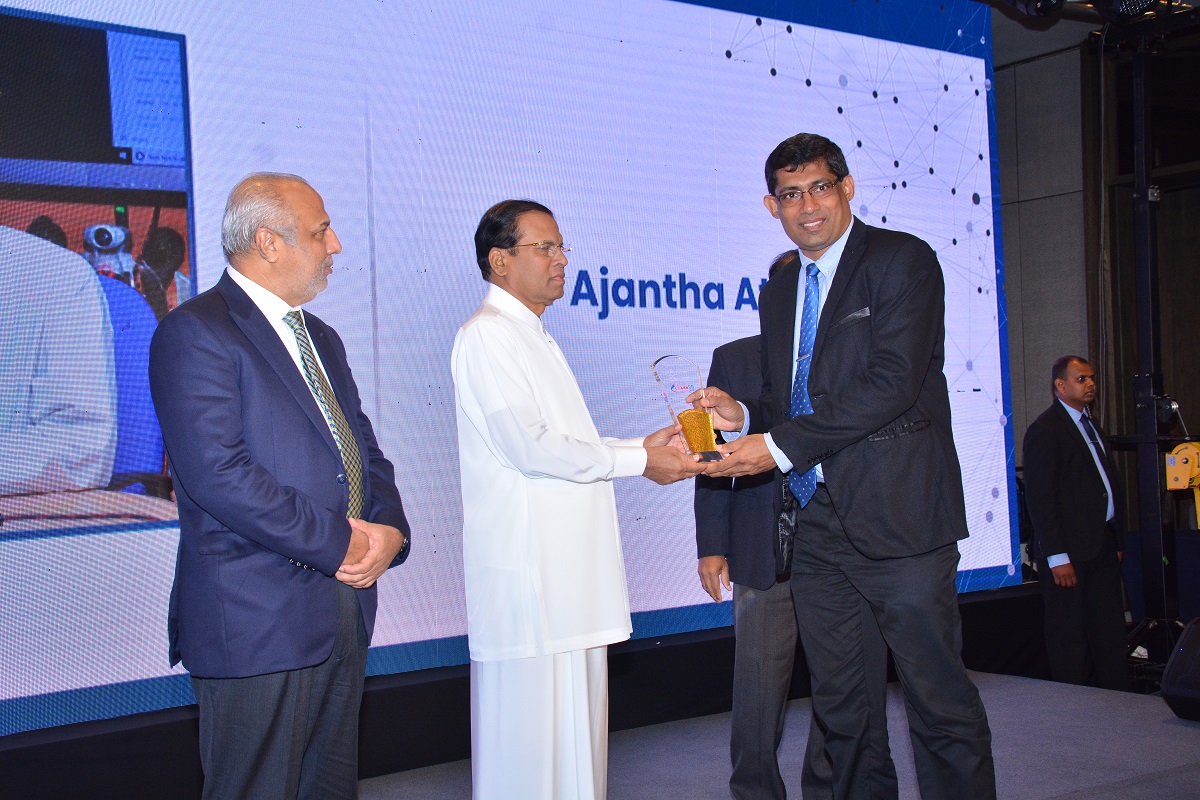 Dr. Ajantha Atukorale from UCSC was felicitated by His Excellency Maithripala Sirisena, the President of Sri Lanka at the 30th Anniversary celebration of the Lanka Education and Research Network (LEARN). The celebration was held on 07th of October 2019 in Shangri-La Hotel, Colombo.

Dr. Ajantha Atukorale’s has had a long-standing involvement with LEARN throughout its project phase and has made contributions to the LEARN community. He served at the treasurer of the LEARN project from late 2004 to late 2009, managing the financial and operational aspects of the project till it was incorporated under the company’s act of Sri Lanka in the year 2010. He also represented the University of Colombo at the LEARN Management Committee Meetings. Furthermore, he represented LEARN on many occasions at the Asia Pacific Advanced Network (APAN) meeting. Dr. Atukorale also served as a founding member of the regional corporation (South East Asian Committee) between Pakistan, Bangladesh, and Sri Lanka was formed within APAN with the intention of promoting education and research repositories among the member countries in the year 2004.

Dr. Ajantha Atukorale’s research interests include Neural Networks, Pattern Recognition, Machine Learning, Computer Networks, and Virtualization. He is a member of the IEEE and a member of the Computer Society of Sri Lanka (CSSL). Currently, he is also a council member and Treasurer of the CSSL.